Searching for courses for adults in Ealing? Our study centre offers a variety of university courses – from law to psychology to graphic design. By studying with us in Ealing, you’ll benefit from our online courses, supplemented by face-to-face classes with tutors. No matter whether you’re studying a degree top-up or MBA, you’ll be welcome to stop by the centre to attend tutorials and use our study facilities.

The study centre is bright and modern, with plenty of space outside of the classrooms to relax or study between classes. Our building also boasts a private roof-garden, where you can enjoy lunch or catch up on your studies in your spare time.

With computers to access online materials and communal areas for you to meet and study with friends, our Ealing study centre has everything you need to complete your degree with Arden University.
Also, if you need any help or advice, our friendly Student Support team sits just down the corridor and will welcome you to chat about anything you need to. 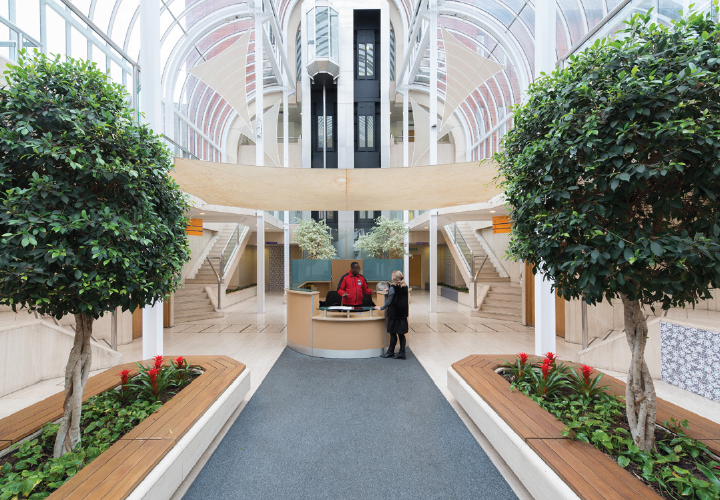 Just 2 days in a classroom per week

Ealing, just nine miles west of central London, offers city life on a smaller scale for those who like to be near the buzz of the capital, without being caught up in the city centre.

Our Ealing university study centre is attached to the well-known Broadway Shopping Centre, which houses almost every high street brand you can think of, as well as a range of coffee shops and places to grab a bite to eat during study breaks.

For those who appreciate the great outdoors, Ealing Common, Walpole Park and Lammas Park are all within walking distance of the study centre.

How to find Arden University in Ealing

From there, the Underground’s Central and District lines connect Ealing to Upminster and Epping, as well as the far east of the city. If you fancy heading into central London, the Central line can take you directly to the westside of Oxford Street in less than half an hour. Ealing Broadway’s National Rail line heads west of the city towards Slough, and when it opens, the Elizabeth line will join Ealing to Reading, Abbey Wood and Shenfield.

The area is also well served by bus routes, with day and night services connecting Ealing to central London, Middlesex and more.

Find Us in Ealing