Arden: What was your reaction when Arden approached you about becoming an honorary graduate?

Neville: I was so surprised and really pleased. My wife Christine (aka Sugary) Staple, has been going on about me getting some sort of recognition for some time, even though she knows I love what I do and don’t do it for any awards. She has just always said, “One day, someone will see all the amazing things you do and recognise you for it.” So this was super news when Arden University got in touch.

A: If you could be a doctor of anything (aside from an honorary one!), what would it be?

N: Music is my life and has been since I was a young teenager, even before I was a singer and toaster, when I danced my way into championship competitions with Pete Waterman OBE (who was a really cool DJ and Coventry record shop owner at the time), so if I can’t pick music, then it would have to be a Doctor of Prosthetics.

I have badly damaged knees from years of jumping, dancing and climbing around the stage, but I am lucky to still have movement and mobility. I think helping others to be able to walk, dance or even just move a little, when their limbs don’t work or are gone, must be a brilliant thing to do.

A: The Arden team are so excited to be spending Graduation Day at Coventry Cathedral with all of our inspirational graduands, guests and VIPs - what is it for you that makes Coventry so special?

N: I came from Jamaica to Rugby before the age of 6, then on to Coventry in my teens. It has been my home ever since, even while I had a long career in the US, had property in London and still continue to tour the world - Coventry is the place I come home to.

It is a place with great diversity and creativity. It is a big enough city to have a voice, but small enough to feel like a community and not get lost in numbers, like many other cities do. Coventry is where I started out my big successful music journey, so I have an affinity with the place.

A: Your message to youth now is about the dangers of carrying knives and campaigning against violence, what did you make of the Knife Angel at Coventry Cathedral? Did you see it?

N: The Knife Angel was a haunting and brilliant masterpiece. Sugary and I met Alfie Bradley, the creator of this great work, by Coventry Cathedral and he was so clear on his message of hope. The sheer magnitude of weapons involved in the sculpture, all of which were either seized from criminal activity or from knife bins etc., makes you realise that just one of those knives, removed from the streets, could potentially have saved my grandson’s life.

This hits you hard, right in the heart. My wife, my daughter Melanie and I wept while viewing the Knife Angel. We thought it moving, very moving, and I feel it should tour every city of the UK.

The Neville Staple Band, 'Put Away Your Knives'

A: Coventry has such a strong sense of community and a lot to offer visitors. Many of our graduates will be coming to the city from overseas, where would you advise them to spend time while they’re here?

N: The Coventry Cathedral has a lot of history to explore, plus all the surrounding areas. I filmed videos in the Council Chambers and St Mary’s Guildhall, had iconic The Specials photos taken in places like the Canal Basin and above the old Odeon Cinema building.

The Slug and Lettuce was the old County Court and still has the original cells and judge and jury stands, plus the 2Tone Trail is a must for music fans, which takes you on a creativity tour around the city then on to the Coventry Music Museum and 2Tone Village. Both Sugary and I are patrons there and you will find gift and music shops, a café, a restaurant, space to sit outside with a clear covered roof and a licensed bar with a music venue, all alongside the museum.

Fargo Village is a cool place to hang out too and some of the best restaurants are in Earlsdon and around the Cathedral Lanes, great theatres are the Albany and the Belgrade, plus War Memorial Park is a cool open space.

A: We’re excited to see yourself and Christine perform on stage at graduation. Can you possibly give us a few clues about what you might play?!

N: As we are unable to set up our full band, we will do a small acoustic song or 2, which will likely be something that sends out a ‘message’ to the young people there. I perform better than I give speeches, so this is my way of adding an ‘Original Rude Boy’ touch to proceedings.

A: Lastly, we all know you’re the ORIGINAL Rude Boy - but for anyone who doesn’t know, can you tell us what makes a rude boy or girl and what it means?

Back in the late 1950’s and then the 1960’s Jamaican fashion influenced and mixed with the UK fashion culture of that time. It started out from the streets of Jamaica, where the tough guys would dress dapper to prove they were successful, even if they had very little or were troublesome. This came across the ocean with Windrush families first, then continued with their offspring. 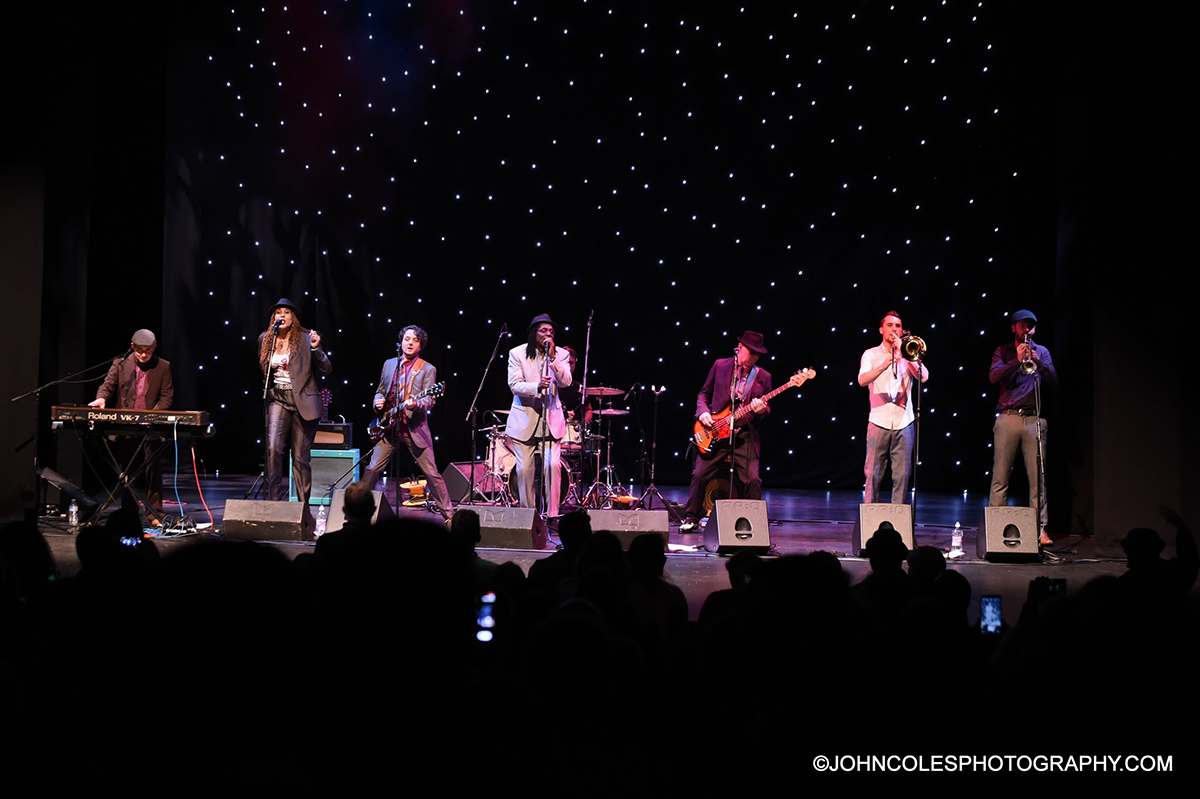 Wearing the suits and hats showed you were strong, had style and attitude, yet were very classy. Your clothes said, "I can take care of myself." Your style tells your story. So, when the traditional Jamaican ska and bluebeat sounds, which later became early reggae music, along with the clothing fashion, hit the UK underground scene, the street fashion came with it and was shared right across the board.

So, it went from the Jamaican rude boys, to the 1960’s UK mods (modernists) then on to the traditional suedeheads and skinheads (and we’re talking about the good guys here, who embraced all things Jamaican, not the boneheads that tried to steal the look and turn some of it into a racist uniform), then later the 2Tone and punky Rude Boys and Rude Girls.

We all shared a love of the tonic suits and smart shirts, and not forgetting the sharp haircuts and polished shoes and boots. All of this, along with music and lyrics that everyone can understand and sing-along to like they mean it, makes it such an eye-catching genre. You could have been flat broke with barely enough to pay for food or a roof over your head, but you still had to look good and present yourself well.

My dad used to say, "why are you so rude", or, "don’t be so rude bwoy!" I started out in Jamaica and brought my ‘rudeness’ to the UK with me, hence why my autobiography was named ‘Original Rude Boy’. Look sharp always, have a strong and assertive persona and take the positive opportunities life throws at you.

A: Thank you so much Neville, we can't wait to see more of you at our graduation ceremony!