Understanding blockchain and cryptocurrency with an Arden expert 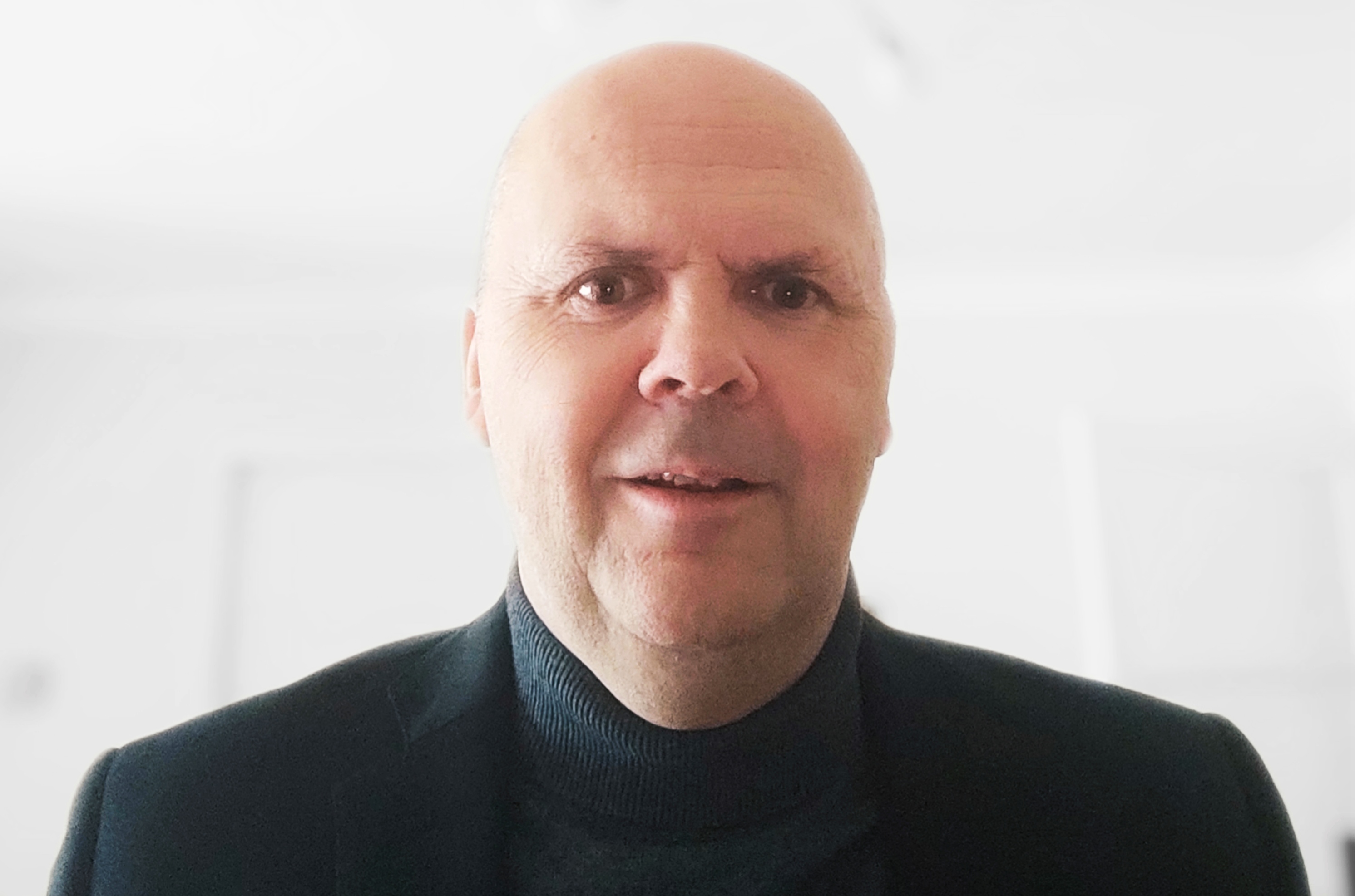 Dr. Ross Thompson, Accountancy and Finance lecturer at Arden University is an expert on blockchain and cryptocurrency. Here he spends some time to explain how the blockchain works, the sort of things he teaches students about, what is going on in the world of cryptocurrency, and what you should be wary of if you’re looking to invest.

So, Ross, tell us a bit your experience?

I'm an accountant and a financier by profession, before moving into the academic world about 20 years ago. So, as well as having various academic management jobs, I'm a lecturer in accounting and finance. I’ve been a lecturer at Arden since 2017.

When blockchain came along, about 10 years ago, that was a real refresher. It was very exciting for us “dull” financial people to reinvent ourselves. Ever since then, I've been a teaching with an additional researching and consultancy interest in it.

What is the blockchain, and what are the benefits of it?

Blockchain is a revolutionary new way of managing and storing transactions. It has particular advantages if there are lots of transactions to manage, or users require access to those transactions on a frequent basis.
Information is stored not just on one computer, or one server, but on multiple servers.

Secondly, it tends to be more accurate, because of the protocols. It's called Proof of Work. Other people have to verify information, have an incentive to do it. And to get it right, and because there's many of them, it's virtually impossible to hack.

Thirdly, it's much more transparent, you can look into information without the needs of a third party. So, you can rely on that information to be more accurate.

As an example, if I wanted to sell a second-hand car, you don't really know what's happened to that car. You're going to know basic details, like the registration and tax and MOT, but you're not going to know if it's a dud.

If all the information about your car got automatically stored in the blockchain – every service, every accident, etc. – then you build up a history of the car. You might come around and say, okay, Ross, I'm interested in buying a car, but I'd need to see your blockchain account, and if unlock it for you, you could see everything. It makes things easier and fairer.

And how does cryptocurrency factor into that?

Currency’s pretty much the same thing, isn't it? Your bank account is a record of transactions: taking money out and putting money back in. However, you've got an intermediary.

Banks may be relatively IT proficient, but they still have some pretty archaic systems of transferring money that are time consuming and costly, and you can make mistakes. So, the blockchain can be used for currency in this case, cryptocurrencies replacing flat currencies.

You buy, or are given, tokens, which are cryptocurrencies, and all the transactions relating to the crypto currencies are now stored in a blockchain using that distributed ledger system, so it's more secure. It's also instantaneous. If you want to transfer money to me, you can do it straight away, you don't have to go through a bank. So that's basically it. It's a token system.

When you’re lecturing on the subject at Arden, what sort of stuff do you teach students about?

I teach in a business school, so it's not just finance. Students are interested in how the blockchain can be used for two main things.
One, for improving business efficiencies. Many start-up businesses are now starting to flourish, having been built on the blockchain. They can undercut existing businesses who aren't using the blockchain because they can be quicker, they can promote, they can advertise themselves as being more safe, more secure. There's no intermediary fees. That's the big one, where there's no intermediary fees, that's when it starts to get attractive.

And then they do ask a lot of questions about how to make money out of cryptocurrencies, what are the best crypto currencies to buy? What are the best funds to trade in? How do I buy them? Those type of questions. But the underlying theme is how do I make money out of Bitcoins? There's a bit of FOMO I think. You're not missing out though. Trust me.

Why is it so important to learn about blockchain and cryptocurrency, even if you're not planning on investing in crypto yourself?

I would say I'm confident in essence (some people aren't) that the blockchain is going to be as influential on our personal and professional lives as the introduction of the internet in the early 90s.
When you think about it, anything, any part of your life where you are reliant on information being stored, transactions been recorded, and you needing ready access is ripe for conversion to blockchain technology.

What's the biggest thing to look out for in the world of cryptocurrency right now?

There are three main themes.

(1)    Look out for scams.  In a way I'm contradicting myself. It was billed as a highly safe, secure protocol that you could trust, it will never get hacked, etc. but that's not been the experience. You might have heard of the squid game? That's now collapsed, and we don't know the full details. But we think that's to do with a scammer. There's been reports of people having their identity stolen, and therefore their bitcoins stolen. This is a weakness in it is a bit like a Swiss numbered bank account. The blockchain doesn't recognise you as an individual, it just stores information and you've got the code. So whoever has that code is going to have equal access to it?

(2)    The inexorable rise of Bitcoin, in particular, in recent months. This has been driven largely by the opening in New York of the first Bitcoin fund. This is a managed fund, a tracker fund, that follows the Bitcoin on a futures basis. And you can buy money into that fund, basically, you're betting on the future price. It's proved very popular, I think they've had over a billion dollars worth of investment in the first six weeks. I think we can look forward to similar funds in other cryptos like ETH, ripple, and so on.

(3)    And thirdly more and more vendors are accepting Bitcoins and cryptocurrencies, for purchases, including real estate organisations. This is where it's going to really make its mark, and it's going to be as recognisable as maybe elements of the worldwide web. If this takes off further…

How is investing in crypto different to gambling?

Right, it's different because there is a greater level of science in trying to predict future patterns and measuring part patterns. Gambling is really leaving the vast majority of the outcome to chance. There are people who make money out of horse racing. And they’ll say no, that's not true. I studied the form and the courses that the rest of it, but I think most people would conclude most gambling, comes down to luck.
That’s not the same with Blockchain. I'm not saying there's no chance in it. But there are scientific technical analysis techniques, fundamental analysis techniques that you can use to try and support your decision with some significant bearing on the outcome.

How can you tell if a specific coin is a scam or not? What should you look out for?

I mean, there are three things really to look out for:

(1)    Generally speaking, the longer a coin has been in existence, the more likely it is to be legitimate.

(2)    If it's traded on one of the more recognised exchanges, again, definition of a recognised exchange could be one that's been around for a reasonable time, it's got got a lot of users, like Coinbase, then it's likely to be legitimate.

(3)    Look at the market capitalization, the size of the funds. The higher risk coins are the ones, normally, that have just recently been floated. 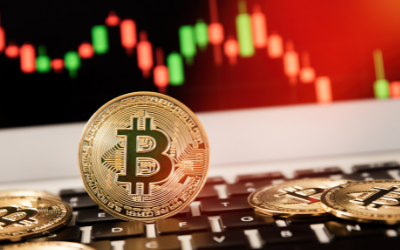 If people did want to invest in cryptocurrency, how would they go about getting started?

There are plenty of brokers, plenty of advisors, quite keen to take your money off you and introduce you to Bitcoin. My advice, is to go for one of the established players like Coinbase.

And what investment tips would you pass on?

There's two ways you can do your research on buying and selling… Because obviously you want to buy when it's low and sell when it's high.
You can look in terms of past performance, this is called chartism. Some people think they can pick out patterns. They look at the LIDAR and see it never goes above a certain point or when it gets to a point it bounces up. As I've said, that's less reliable in crypto, and I've not met too many people who think there are patterns in crypto behaviour. But some say there are.

The next way of doing it is something called fundamental analysis where we look at the underlying factors that might determine prices up or prices down. The best way to do this is to get what is sometimes called a level two account, where you can get an idea of what the volume of trading is at any one time. So, if you've noticed that the volume of trading is building up, that may suggest it’s a good time to buy as people are anticipating the price is going to go up. Similarly, if the volume seems to be trending down, that may indicate that buyers are thinking there's going to be a crash or they're starting to sell or reduce their volume.

And then you can look at some of the economic fundamentals that might increase supply and increase demand. Look at developments within the coin itself, any new developments in Bitcoin, any new developments in blockchain improvements. geopolitical factors like China outlawing, for example, Regulation… Currently it is regulatory light but the more regulations that we see, if we have some sort of international protocol, or bitcoin trading or crypto trading, then that could actually take the price down a little bit.

How else can students make money out of the blockchain?

Any entrepreneurial students who think they could benefit a lot from the blockchain simply need to identify a process of industry, one where there are lots of transactions that need to be stored and people need access to those records on a fairly regular basis.

So, the ones that have been done include land registry. Now, in our own particular industry, there's a real opportunity for people to make money, with storing certificates that need digitising? Have you ever lost a certificate for an exam or something like that?

Food provenance? Some people are worried about where their food comes, so if you could look at the blockchain to see exactly where the food came from, and what the process of manufacture was.

There are plenty of opportunities for people to make money out of blockchain outside of coins.

Interested in studying an accounting and finance degree with Arden University? Read what our current students have to say here.