Manchester is one of the three biggest cities in the UK, along with London and Birmingham. If you're studying there (or planning to!) you're sure to find that the city has a lot to offer – not only in terms of career prospects, but student experience too!

This student city guide will tell you everything you need to know about enjoying student life in Manchester, from travelling around the city with ease, to the best places to study and eat.

Where can I get my head down and study?

If you like somewhere a little more peaceful to get your head down and concentrate, then the Central Library should be perfect for you. It can be found - complete with impressive pillars - on St Peter’s Square in the city centre, and is open from 9am 6 days a week (closed on Sundays).

There’s loads of resources should you need them, but more importantly, quiet spaces for you to set up your laptop and really concentrate on the work you have to do.

Takk is an independent coffee shop on Tariff Street, which can be found in Manchester’s Northern Quarter. Serving coffee and a great brunch menu, Takk is inspired by its owners’ travels through Iceland and Scandinavia. 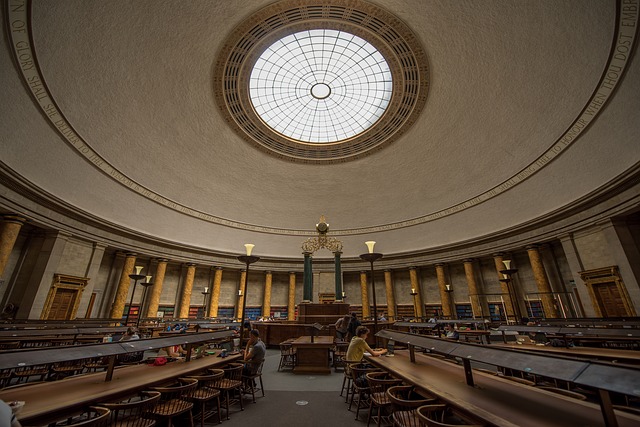 Popular with freelancers, this coffee shop is a great place to study if you’re looking for something outside of traditional study settings. Take your laptop along, pitch up for a couple of hours and enjoy good food and drink while you read, write and take notes.

Another Northern Quarter coffee house! Their fairy-lit window seats are the perfect place to pull up a seat, set your laptop down and get writing. There are plenty of plug sockets available for public use, so you can stay at work for as long as it suits you.

Their breakfast is served all day - ideal for when you need a break and something substantial to keep you going. Ezra & Gil can be found on Hilton Street, less than half a mile from the Arndale shopping centre.

Where can I grab a bite without breaking the bank? 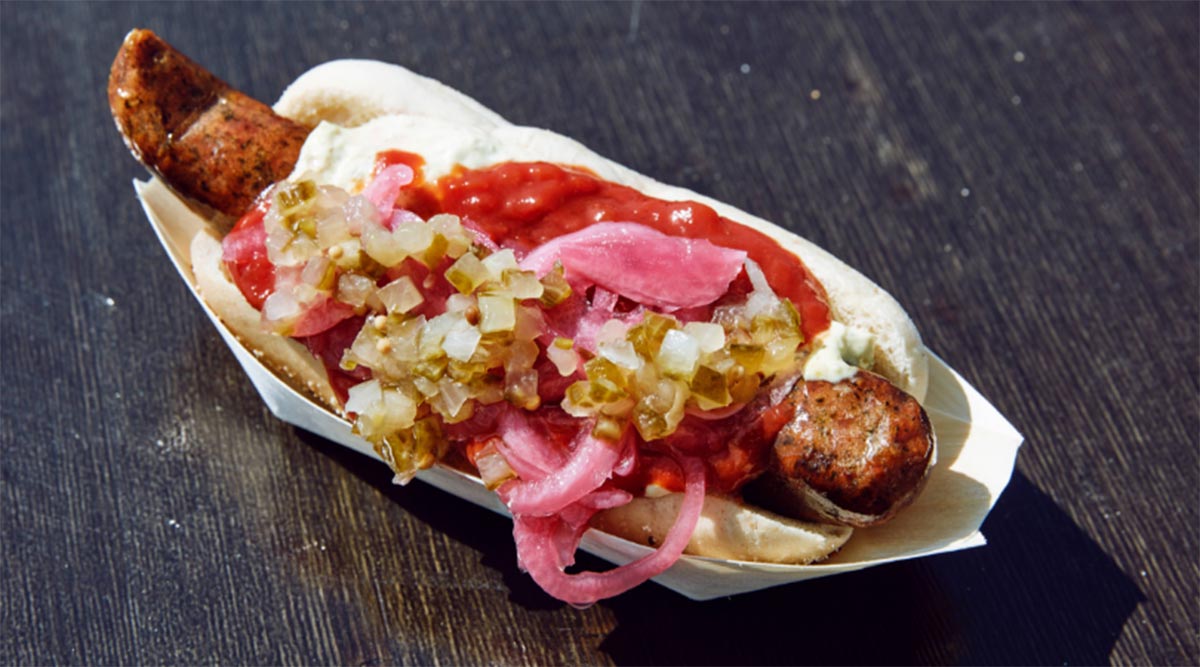 Open from Wednesday to Sunday, Dogs n Dough serve an amazing selection of – you guessed it – hot dogs! With plenty of variations available, you can also feast on pizza, nachos, chilli bowls and topped fries. Located on Bow Lane, they also offer a variety of Happy Hour deals.

Although more of a canteen than a restaurant, Kabana is widely praised for its tasty Indian food. Found close to the Northern Quarter, their chickpea dahl and fresh chapattis are amongst the locals’ favourites. You can pick up a generous portion of curry for just £4.50.

This vegetarian café and juice bar offers a great selection of savoury snacks, homemade meals and cakes, smoothies, fruit juices and coffees – all homemade and all sourced ethically. You can pick up a main dish for as little as £2.20. Earth Café also offer a small selection of delicious, dairy-free ice creams.

This Arndale Market favourite seems to have a permanent queue outside the door, which can never be a bad sign! Viet Shack serves a selection of traditional Vietnamese dishes, reinvented to appeal to the street food fans. There’s Saigon summer salads, spring rolls, BBQ meats and more. Best of all, nothing is priced over £6.

Is there any way I can save on travel?

Manchester is well-served by a range of public transport links. From bus and tram, to trains and even water taxi, you shouldn’t struggle to get from one place to another.

If you’re going to be traveling around Manchester on a regular basis, then you’ll be interested to hear about System One, who offer a range of ways for you to travel around the city with ease. The Student Bus Saver is probably the best option for students living in the city.

There are certain requirements you must meet to use this offer: you must be a full-time student under the age of 26 and must be able to provide evidence of the duration and end date of your studies. A monthly Student Bus Saver ticket costs £45.50 (as of August 2017). There are various options, including one which combines bus, tram and train. More information can be found on the System One website. 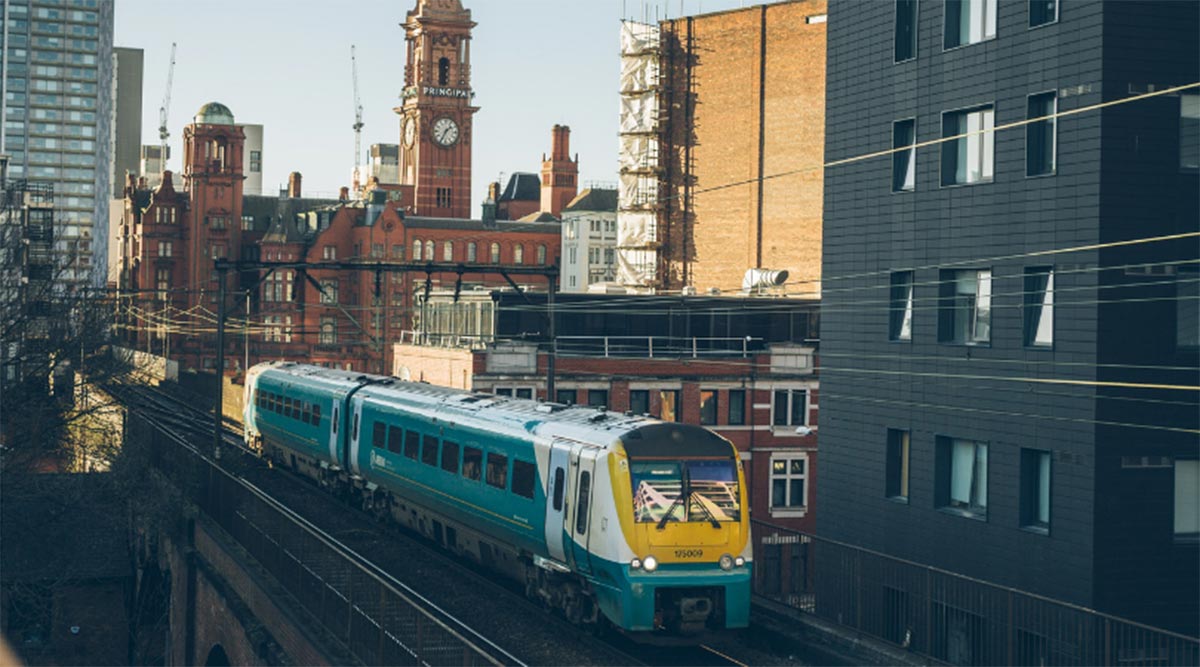 What can I do in my free time? 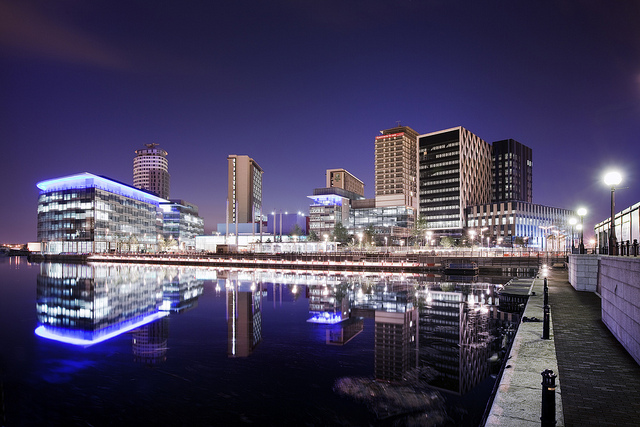 Manchester has two predominant theatres: Palace and Royal Exchange. The Palace has hosted many a great show in its time, and you can often pick up tickets for good prices – sometimes less than £20. From UK touring shows, to smaller productions, Manchester’s Palace offers great variety for anyone who loves theatre.

While it doesn’t host large UK touring shows, the Royal Exchange still offers some great entertainment - not just theatre, but poetry readings, stand-up comedy, and many other ticketed events.

If you’re into film, there are cinemas scattered far and wide across the city. These include the AMC 16 and The Printworks complex. Many large cinema chains offer student discounts, including Odeon and Vue.

Many great acts have come out of Manchester in the last few decades (Oasis, The Stone Roses, The Smiths…), so it comes as no surprise that it’s a great city for anyone who enjoys a bit of live music.

The Manchester Arena is the biggest music venue in the city, and has hosted some of the biggest names in pop and rock in recent years. However, Manchester’s music scene stretches far beyond this venue, and you can find something to suit all tastes.

Band On The Wall hosts regular jazz and world music events, Albert Hall is the go-to for more intimate gigs from well-known names, and Gorilla (a kitchen and bar which transforms into a venue) is amazing for lesser known acts across a variety of genres.

Being a large city, Manchester has plenty of facilities for those who like to keep active. From sports centres and swimming pools to schools for martial arts, there are also plenty of sports teams to join in the area. Cycling, squash, netball, basketball… you name it, Manchester has it. You can find a great directory of all the local sports teams on the Manchester City Council website.

There are many gyms in the city centre and beyond, some of which offer great student packages. PureGym has several branches in the city and membership can set you back as little as £13 a month. If you fancy cutting costs completely, Manchester has lots of open spaces that are great for running or jogging – Alexandra Park and Platt Fields Park are just two to look out for.

If you prefer watching sport to playing it, Manchester is home to some of the world’s biggest sporting teams, including Manchester United FC, whose home games are played at Old Trafford, close to the docks.

Something different: Join a TV audience

Manchester is home to MediaCityUK (above image, courtesy of Salford University Press) which houses the studio used to film many popular TV programmes – and many of these shows fill their audience seats by getting members of the public to fill out application forms.

All you need to do is type ‘TV audience Manchester’ into Google, fill in forms for the shows you like, and you’ll be well on your way to securing yourself some tickets for a live recording.

If you’re interested in studying in Manchester, we have a great selection of undergraduate and postgraduate available. You can find the full list here.

What is Blended Learning?