10 Books You Should Read at Least Once in Your Life

Books are genuine possessions to some. Each of us relate to some characters or the storytelling in our unique way and enjoy various genres from romance to fantasy, crime to biographies. 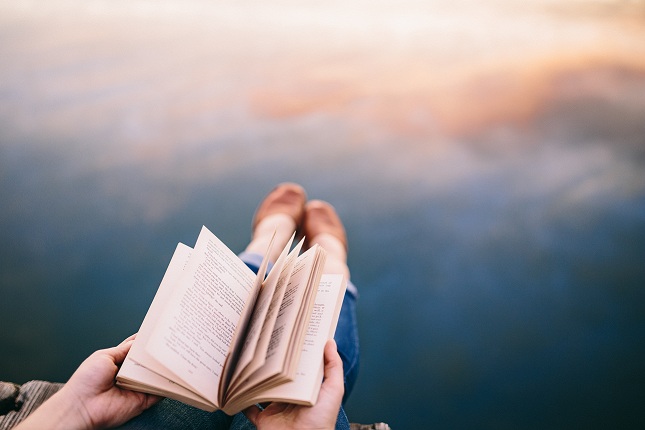 1. The Lord of the Rings by J.R.R Tolkien

Middle Earth is an expansive fantasy world filled with heroes, evil, and innocence. It follows the steps of Frodo Baggins, whose quest to destroy a certain ring becomes a tale of triumph in impossible circumstances.

2. The Handmaid's Tale by Margaret Atwood

Imagine a world where a women’s identity is reduced to a mere extension of their male partners. A world of Offreds (Of Fred) and Ofglens (Of Glen) where women are no longer allowed to own property, work, read or handle money. As women’s rights remain the spotlight, the novel is as relevant today as ever.

Lolita is not a love story, nor is it a morality tale. It’s an in-depth travel into a deviant mind. Filled with puns, witticisms, and allusions, some critics say it was written ‘in the most beautiful English ever published’.

4. The Diary of a Young Girl by Anne Frank

A raw account of Anne’s life as she and her family hide from the Nazis. Despite the circumstances, Anne believes that people are still good at heart.

“In a hole in the ground there lived a hobbit. Not a nasty, dirty, wet hole, filled with the ends of worms and an oozy smell, nor yet a dry, bare, sandy hole with nothing in it to sit down on or to eat: it was a hobbit-hole, and that means comfort.”

Before LOTR there was The Hobbit - a short children’s book. Meet young Bilbo Baggins as he goes on a quest through Middle Earth to face an evil dragon.

Sick of ill-treatment, the animals of Manor Farm revolt and escape their enslavement from men. Released from all chains, they set one rule: All animals are equal. However, as the story progresses, we see that some animals are more equal than others…

7. Lord of the Flies by William Golding

When a plane crashes on a remote island, only a small group of schoolboys survives. In an environment where civilization no longer has meaning, how far will the innocent schoolboys go to establish control?

What does it mean to be human? How far can we go in tampering with Nature?

A science student, Victor Frankenstein, assembles a human being from stolen body parts and brings it to life – to then promptly recoil in horror at the creature’s hideousness. Tormented by loneliness and isolation, the once-innocent creature turns evil and seeks revenge against its father and creator – Victor.

How could girls who lived nearby pass love notes to soldiers who marched their skeletal prisoners past?

How could the German citizens near the train tracks throw bread into the prisoners just to watch them murder each other for it?

Elie writes about his experience in the Nazi German concentration camps at Auschwitz and Buchenwald, toward the end of the Second World War and at the height of Holocaust. In 100 pages, Wiesel describes his increasing disgust with humanity and writes about the death of God.

10. To Kill a Mockingbird by Harper Lee

Delicate strands of hatred, prejudice, hypocrisy, innocence and love entwine to create a novel which explores human behaviour and the conscience of The Deep South in the 20th century. To Kill a Mockingbird is a modern-day reality tale on how prejudice has to be met and overcome – and how understanding can triumph over old and evil mindsets.

Enjoyed this article? We think you will also like 7 films every aspiring psychologist should watch.