Home Studying With Us What Our Students Say Who Studies with Us? Martin Scahill 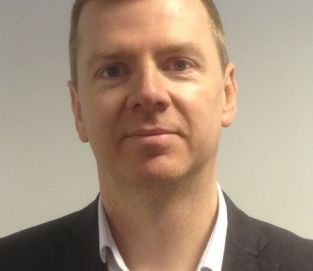 
It gave me confidence and skills to go for senior jobs that I wouldn’t have been confident to go for previously [and] I have been promoted several times since.

Martin Scahill says a top-up degree gave him vital digital skills for his Head of IT role at Derby County Football Club, which eventually opened the door to other job prospects. Martin, 42, who lives in Derbyshire with his partner and their two sons, also says his BSc Honours in Business Computing allowed him to progress further in his career.

"I felt that my digital skills needed to be improved when I was Head of IT at Derby County Football Club so I started to look at my options. Arden University (RDI as it was then) offered a two-year part-time top-up degree that allowed me to go at my own pace and pay in instalments. I have two kids, a partner and a busy household so the flexibility was really great through distance online learning.

My business computing top-up course ticked all the boxes, and allowed me to get new skills. It was a really, really good course. I was able to apply a lot of the skills and knowledge that I had gained from the course in my day-to-day job at Derby County, particularly around the web and IT security elements.

I felt after 8 years at Derby County that it was right for me to find a new challenge. I had done an HNC (Higher National Certificate) about 20 years ago, but never finished my degree. Fortunately, it had never held me back in my career as I was always able to perform well at interviews. However, I was increasingly finding that I had reached a glass ceiling in terms of moving into a senior management role.

It had been mentioned to me that I didn’t have a degree. But I didn’t want to go back to the start, as I had around 20 years of experience in the IT world. I thought that would put me at the same level as an undergraduate, and I was hoping there was a way of shortening the course.

My top-up course with Arden University was a useful mix, covering IT systems which support SMEs right through to large enterprise including web design, IT management and security as well as exploring what the business world’s computing needs are. All the main ingredients were there to be an effective senior IT leader.

It gave me confidence and skills to go for senior jobs that I wouldn’t have been confident to go for previously. In fact, it was a massive tick in the box when it came to applying for jobs that required a degree. I didn’t need to worry about it. I eventually went on to get a job with Babcock, and was able to complete my top-up degree there. I have since been promoted several times since. When my kids get older, I would certainly recommend further studies post school. There’s nothing in the rule book that says you have to go to university straight from school."