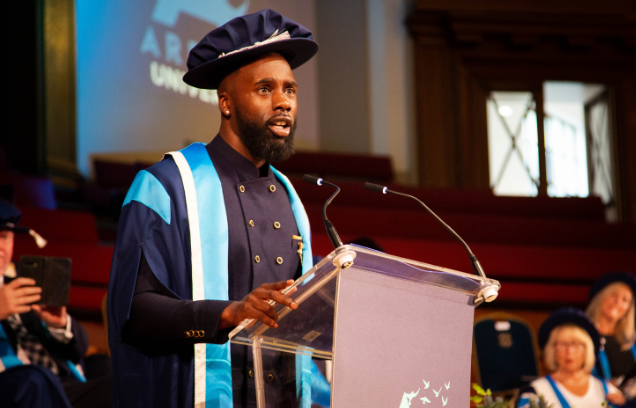 As part of its graduation celebrations this week, Arden University is delighted to announce four new honorary graduates.

Among the first group of graduates was Tru Powell. Tru has helped support many entrepreneurs as they build and monetise their personal brands. He runs events including the Multicultural Business & Community Champion Awards and worked with his sister to launch the UK’s first children’s spa, Kandy Girl.

Commenting on Tru’s award, Professor Dilshad Sheikh, Deputy Pro Vice Chancellor at Arden University, said: “Tru’s contribution not only to the business world, but also to the Birmingham community is beyond commendable and is genuinely admirable. It gives me great pleasure to see him becoming an Honorary Doctor of Business Administration and I thoroughly look forward to our continued collaboration.

“His work and commitments strongly align with Arden’s core values. He has demonstrated resilience and progression after having built up his businesses from scratch despite being exposed to racism and discrimination throughout his career; he has shown he is personable and accessible as he always makes time to support and help students via workshops and guest lectures to inspire them; and he is generous with his time, as he is always willing to help the Faculty of Business and our students to aim higher and achieve more.” 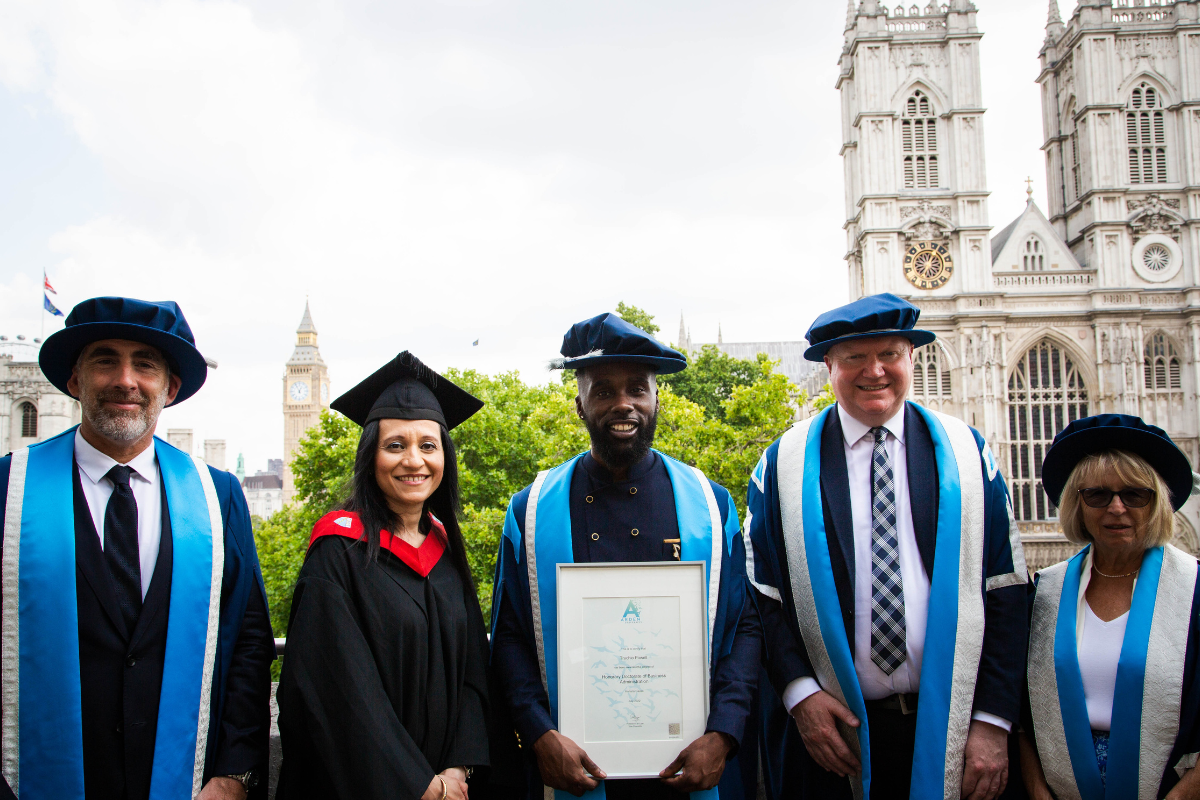 Having grown up from humble beginnings in inner-city Birmingham, Tru is now a role model to hundreds of black people across the country. Tru uses his platform to better society at large and often speaks on important topics on national media platforms including Good Morning Britain.

Tru strongly stands by and maintains a passion for ensuring all communities should be represented irrespective of race, gender, religion, sexuality, age, or class. And to complement this movement, Tru sits on many boards as an influential leader in the city of Birmingham. He is a Board Member for the Birmingham Hippodrome, The West Midlands Tourism Board and also TAG Network Midlands.

He said: “I have always believed it is important to have proper representation in senior positions to create equality, and to be able to work toward championing the causes of equality, justice, and freedom of speech in the professional space is a dream come true. To be recognised for this and to be given such a prestigious award from an institution that takes my values as importantly as I do is something I am extremely proud of and honoured by.”

Former West Bromwich Albion footballer, Brendon Batson OBE, meanwhile, was awarded the Doctor of Business Administration, in recognition of his outstanding work in the football business area, his pioneering role in tackling discrimination, and his wider committee work. He also became a well-respected pioneer in women’s football during a distinguished career in the game.

Assistant Director of Programmes for the NHS Transformation Directorate, Jane Brightman, was also awarded an honorary doctorate this year in recognition of her dedication to social care and her role in supporting the digitisation of the sector.

Completing the honorary graduates is Arden alumna Victoria Stakelum, who was recognised with an honorary doctorate for the large part she has played in Arden’s history, having led the design and launch of the university and its five UK study centres.

Congratulations to all our graduates.

About Arden
Find out who we are and why Arden is the choice for students worldwide.
Find a course
See the full range of bachelor’s and master’s courses we have to choose from.
Funding options
We offer a number of options to help make paying for your degree more convenient.
Careers support
Discover how we can help you find the job and career that’s right for you.