The Joker: What's the Big Joke? 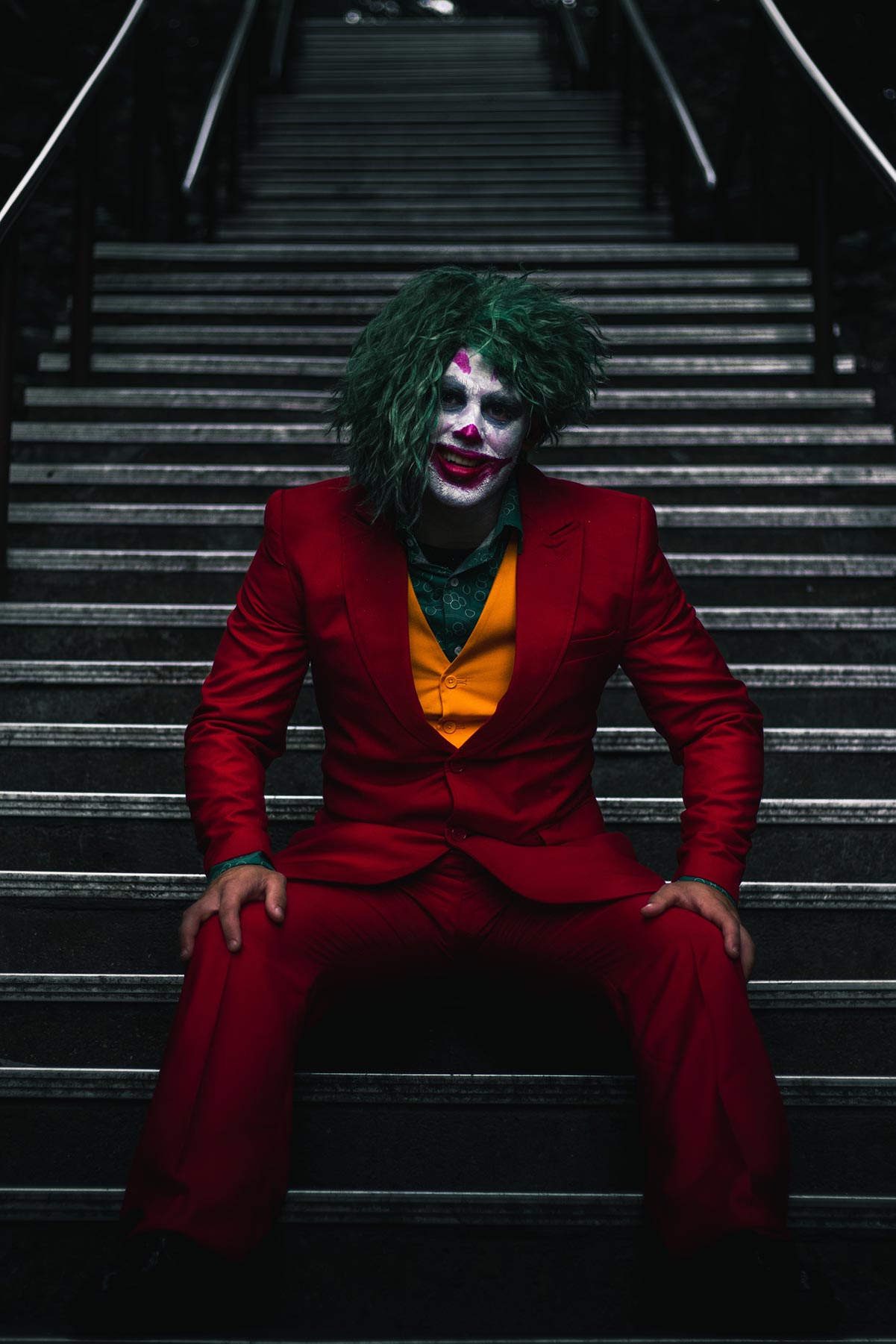 “You know what I think of you, hero? I think you’re a half-measure. I think you’re a man who can’t finish the job. I think that you’re a coward. You know the one thing that you just can’t see? You know, you’re one bad day away from being me.” (Lee et al., 2019)

This quote was not uttered by a hero. Yet nor were they the words of a villain. This kind of commentary has the fragrance of an 'anti-hero'; a sinner, a scoundrel, a libertine and a devil. Or does the above quote conceal a hidden intelligence that requires further study and careful examination?

In light of Joker making its appearance in cinemas worldwide, the following article will explore the dangerous spaces of the Joker's mind, and the intense and chaotic psychology of his character.

This article will also look at some of the fundamental aspects surrounding the Joker's historical depictions and psychological belief systems regarding his feelings towards humankind. Furthermore, the article will also argue against the psychological controversy concerning the character's mental state and his misunderstood remarks about the human condition.

To understand the archetype of the Joker and his inherent psychology about human nature's fallacies, it is useful to first consider some actual historical depictions of his kind. Overthrowing proclaimed morals and institutions, and disregarding human virtue is what gives the Joker his reputation as an agent of chaos and as an anarchist.

Niccolo Machiavelli and Cao Cao were undoubtedly dangerous and unpredictable individuals; what these men and the Joker had in common was their shared psychological beliefs about intrinsic human nature: that morality is subjective and whatever fills man's passions - be it fortune, fame, or glory - regardless of the price, will ultimately suffice. Some will conclude that it is pure madness to contemplate such unsettling themes. The Joker might tell you that it is the opposite of madness. He might say something like: “I'm not a monster, I'm just ahead of the curve” (Nolan et al., 2008).

Due to uninformed conventional belief about psychological mental disorders, such as psychopathy, sociopathy and schizophrenia, it appears that the general public - and to a greater extent, ill-educated psychologists - may misunderstand, understate and cast these complex terms at the slightest indication of such an occurrence. It is much easier and less involved to bestow these above-mentioned terms on any individual who even remotely exhibits whichever symptom.

Hence, it might be justifiable that the interpretations of the Joker's mental attributes are perhaps also, for the most part, misconstrued. It seems feasible that a psychologist, or even the casual scholar, might label the above-mentioned men, upon studying their histories, as psychopathic and unstable. Yet, they have reached the highest of positions in their respective hierarchies and claimed worldwide fame. Perhaps they weren't suffering from any mental condition? Perhaps they understood something that very few people do? If psychopathy does indeed lead to destructive and evil behaviour, then the typical observer is likely to either loathe or commend that act. Whatever the act may be, it is based on primordial and intrinsic human nature.

Fundamentally, this phenomenon raises the question whether the Joker is mentally ill and evil, or has complete control and sound comprehension of his actions in the world. To potentially provide an answer to such a complex question, Evolutionary and Biological Psychology should be taken into account.

Genetic association with psychopathy and schizophrenia has strong support in the fields of genetics and molecular biology. However, noting that our genetic codes and structures have been perpetually changing and adapting throughout history (Scheepers, de Mul & Hoogendijk, 2018), one might entertain the possibility that any symptom related to psychopathy may be the result of healthy and beneficial mutation (Scheeperset al., 2018). This could be the leading cause in Machiavelli, Cao Cao, ‘the Joker' and many other conceivable figures of history’s extreme success and popularity. Of course, it cannot be ascertained that mental disorders are non-existent and that some genetic features are not, to a certain extent, responsible.

Nevertheless, it is equally damaging to exaggerate such sensitive topics, especially through media portrayals that promote stigma and judgement towards individuals who do suffer from psychological disorders (Stuart, 2006).

Through media portrayals, stories and documentaries, people suffering from mental illnesses are conventionally affiliated with violence and criminal uptake. These portrayals and depictions of mental illness can have far-reaching consequences for people suffering from mental disorders. The late Heath Ledger (1979-2008), a movie star who played as Joker in Christopher Nolan's The Dark Knight (2008), summarised the character as a “psychopathic, mass-murdering, schizophrenic clown with zero empathy” (Ravenola, 2019).

Professionals in the mental health industry should be vigilant to such media portrayals of madness, particularly when these media portrayals are in the presence of individuals suffering from mental illnesses (Camp et al., 2010).

Be that as it may, and entertaining the idea that psychopathy and schizophrenia are not exactly mental disorders, but instead are beneficial mutations and evolutionary adaptations to certain conditions such as severe stress, then it could very well be the leading cause of Machiavelli, Cao Cao, and the Joker's extreme success and popularity in the world.
It is as Winston Churchill famously once said: “History is written by the victors”. Perhaps the ‘victors of history’ shared the beneficial adaptation due to certain conditions being met? Perhaps they were not suffering from any mental disorders; they just wanted to watch the world burn.

Friedrich Nietzsche, a German philosopher of the mind and early psychologist, extensively wrote about the human condition. His work centralised around a single theory regarding individual psychological existence and freedom of self-development in an unjustifiable existence, also known as existentialism. This belief system could very well be responsible for the Joker's twisted, nonsensical and outrageous, yet fantastic exploits.