Home Studying With Us Board of Directors

Meet Arden University's Board of Directors

Our Board of Directors at Arden are responsible for the strategic direction of the organisation, including financial and legal matters and annual performance management against agreed targets. You can meet our Directors below.

Professor Ann Tate C.B.E (Chair of the Board)

In 2002 she was appointed to the post of Rector of University College Northampton, steering that institution to full University status with both teaching and research degree awarding powers in 2005 when she became its inaugural Vice Chancellor.

During her career in Northern Ireland she acted as Advisor to the Department of Employment and Learning in relation to the development of graduate skills for employment; she was a member of the Belfast Visioning Team responsible for providing advice on the forward planning of that city and she was a Director of the Belfast Chamber of Commerce. She was also a Lay Member of the Mental Health Review Tribunal for Northern Ireland.

Ann was a member of a wide range of local economic development agencies in the East Midlands, and a director of the West Northants Development Corporation responsible for the strategic planning of the greater Northampton area and as an investment vehicle for regeneration of the Waterside area of the town together with its infrastructure.

She served as a Board member of the Higher Education Funding Committee for England and its sub committees relating to teaching and learning and quality and standards.

She was awarded the CBE for services to Higher Education in 2011. 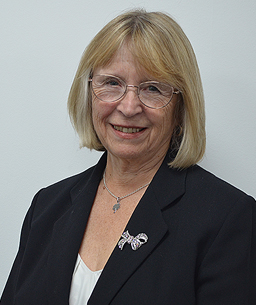 Professor Dr Mary Bishop (Deputy Chair of the Board)

An ACCA qualified accountant with significant budget management experience for over 25 years, awarded honorary Chartered Accountancy membership for her contribution to global accountancy education (2016).Formerly the Director of Learning at ACCA Global and currently a member of the Quality Assessment Committee (QAC), statutory advisory committee to the Board of the Office for Students, a panellist member of the National Institutional Teaching Excellence Framework (TEF) a committee member and chair of the audit committee of the British Accreditation Council (BAC) and an expert board member of JISC. 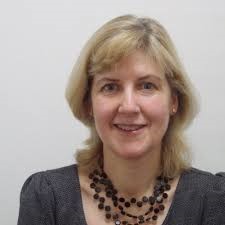 Aaron Etingen is the CEO of Global University Systems (GUS).

He leads a team of over 2,000 employees, ensuring that innovation, creativity and a strong commitment to high standards are embedded across the entire group.

With a background in the finance and banking sectors and strong management credentials, he led GUS to go from a small business school with 4 students to a global organisation with 75,000 students and alumni from over 150 countries and a growing presence worldwide.

His leadership is one of the key reasons behind the success of the company.

Professor Carl Lygo is a barrister, a Diplock Scholar, a Blackstone scholar and Professor of English Common Law.

He has been a member of faculty at the University of Leeds, Leeds Metropolitan University, London Guildhall University, City University London and the University of East Anglia. For his ground breaking work in establishing BPP Law School as a leading professional law school he was included in the UK’s ‘Hot 100 Lawyers’ list by The Lawyer magazine.

For 20 years, he was at the BPP education company, where he progressed from being a tutor to become the founding Vice Chancellor of BPP University and Group Chief Executive of BPP Holdings plc.

He inspired and led the growth of BPP’s Business School, Law School, School of Health and School of Foundation & English Language Studies as well as having executive responsibility for universities in the Netherlands and the IUBH business school in Germany.

In 2018, he was appointed as Executive Chair of the Board of Governors at the University of Applied Sciences Europe (UE) in Germany and Chairman of Global University Systems' Public Affairs Committee. He is an Association of Colleges Global Medal winner and was honoured with the ‘Outstanding Contribution by an Individual’ title at the Education Investor Awards 2018.

He was appointed Vice-Chancellor and Chief Executive at Arden University in 2019, and is committed to extending access to Higher Education and promoting access for all in society, as Arden continues to go from strength to strength. 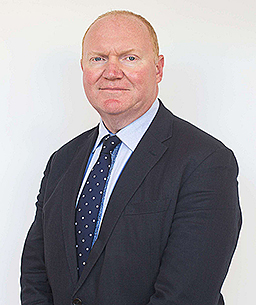 With a BA (Hons) in Political Science, Ethics, Law and Economics from the University of Toronto, MSc International Political Economy from the London School of Economics and Political Science (LSE), and a Graduate Diploma in Law from the College of Law of England and Wales, Valery is now Group Managing Director of GUS.

Dr Hannay is an expert in technology, media and innovation with over 20 years' experience across consulting, management and investment. Advisor to a wide range of organisations, from startups to multinationals. Exceptionally well connected and a frequent contributor to a variety of events and publications. Fluent in spoken and written Japanese. He is currently a non-executive director of Sage publishing, a
member of the Advisory Council of The Institute for Ethical AI in Education (IEAIED), founder of SchoolDash and formerly the MD of Macmilian Digital Science. 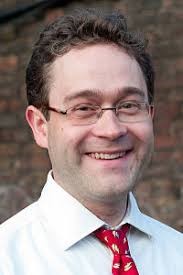